This week, we watch the trailer of Ozark, a thriller series about a married couple who relocate their family to the Ozarks following a money-laundering scheme gone wrong. Join us as we break down the multiple genres, objects of desires and expectations and find out why this promises to be a great thriller series. 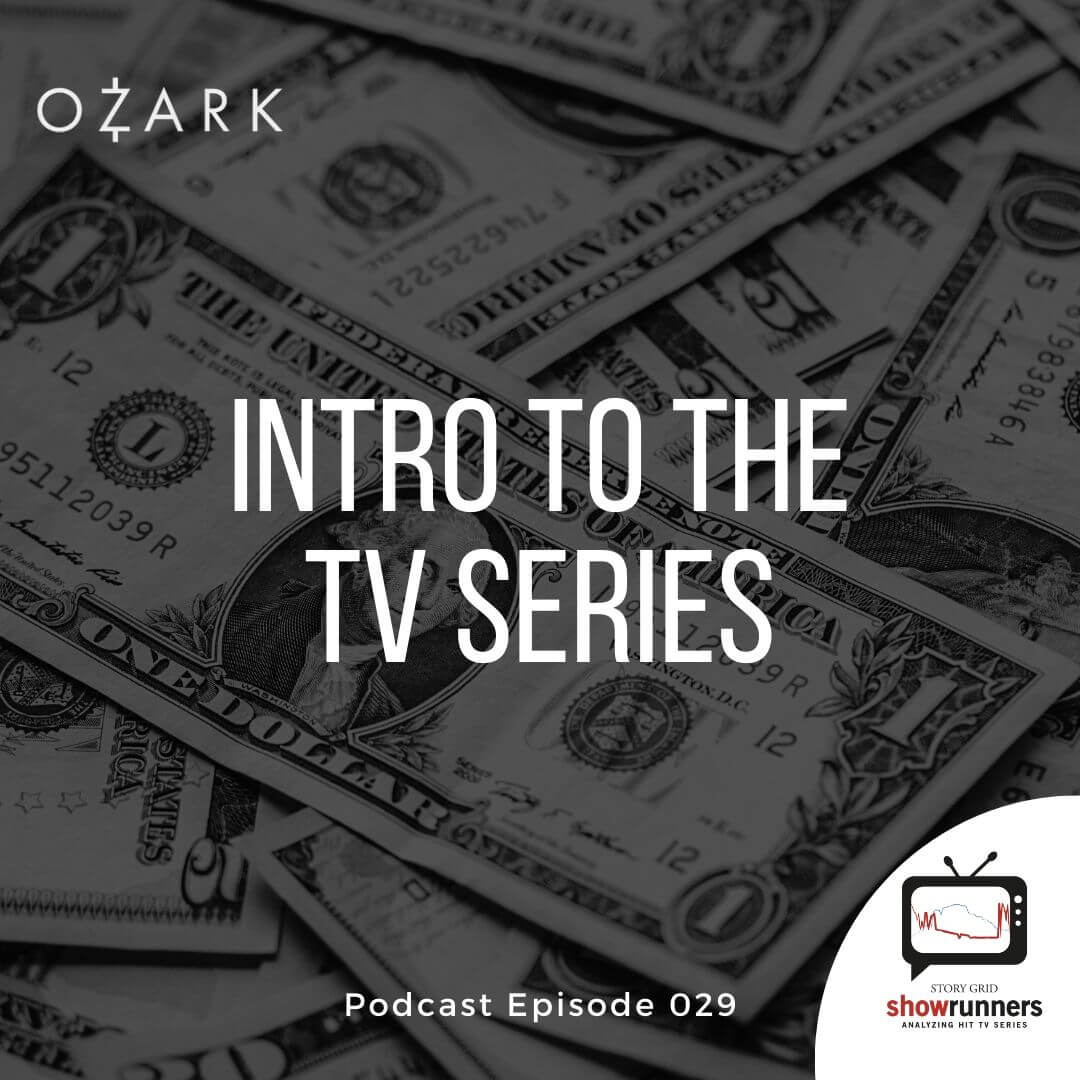 That which separates the haves from the have-nots.

Deciding between to invest in your family’s future and taking responsibility for the consequences of those actions."

Money is at its essence that measure of a man’s choices.

OZARK - Trailer and our expectations

Does the Story work?

That’s the question, isn’t it?

Welcome to the Story Grid Showrunner Podcast, dedicated to answering this question by using the story grid method developed by Shawn Coyne.

In 2020 we’re focusing on action and thriller stories. To date we have analyzed Killing Eve, Seasons 1,2, The Umbrella Academy, The Witcher, The Netflix Thriller You, Killing Eve Season 3, and now we’re about to start Ozarks.

So here’s how it will work. Today’s we’re discussing the expectations of the show from seeing the trailer and reading the series descriptions. In two weeks we will have watched the entire show and will break down why it works or doesn’t and how the writers could have made it better or what we can learn about writing from the show. Specifically, we will talk about the Editor’s 6 core questions and release the one-page outline (the foolscap) for the show

So if you’re writing an action or thriller story listen in as you’re writing for inspiration and ideas of what has worked and hasn’t worked in popular shows.

Now, let’s get on with the show.

Randall Expectations: I’m excited to watch this series, it’s got a lot of good hype.  I also really enjoyed Breaking Bad, with which I see some similarities.

Parul Expectations: In terms of Genre? Action or Thriller with morality. Status? Maybe? It’s unclear why he’s making the choice, but we know he’s chosen to be a drug dealer and now will pay the price. As a viewer - this looks like it’s an edge-of-my-seat type of show. I’m excited but not looking forward to seeing the body count - I’m squeamish.

Mel Expectations: An exciting story about a family man struggling to do what’s right for his family and what’s morally right, while their life gets threatened more and more, and his marriage is tested.

Mel: This trailer starts right by stating the object of desire - not only for the protagonist, the family man and husband Marty, but also for the antagonist that is later introduced as a Mexican drug cartel. And the beauty is they only need to say one word and we immediately get lots of pictures in our head about that one subject and it the good and bad it can do. It all comes down to money.

The protagonist defines money not only as a way to differentiate himself by saying:

That which separates the haves from the have-nots.

But he also adds even more value to money as he states at the end of the trailer:

Money is at its essence the measure of a man’s choices.

And the hardest, probably the biggest choice of this first season is in the beginning hook because it influences the rest of the story. And the trailer tells us what choice the protagonist will be facing: Deciding between to invest in his family’s future and taking responsibility for the consequences of those actions.

And by all the images we see and the short dialogue we’ll get, we know what choice this guy made.

He is laundering money for a Mexican drug cartel.

The FBI is watching him, and his family’s life is threatened. Even his marriage trust starts to suffer as he accuses his wife about another betrayal.

All those little moments that show us the choices he made, they make us want to find out how it all turns out for this guy.

Is this going to be a Morality - Punishment story combined with an exciting thriller?

I guess so. The thriller takes it all the way to damnation, and by those choices this guy is making and money is at its core, of course, he’ll be struggling with what’s morally right and what’s not and the consequences of his actions.

It’s the best foundation for making him redeem himself in future episodes.

But that’s just my take from the trailer.

I haven’t watched the show yet, but I’m definitely hooked.

Parul: Notice that his worldview seems fixed. This doesn’t seem to be a man questioning his choices, he may be ruing the consequences. But he’s a pretty tough man - wants to do whatever it takes. Notice when the FBI says to him ‘ The lying, the running, aren’t you tired?’ Their answer is to deny it all, meaning, no I’m not yet tired, this is an anti-hero that we are likely to support despite his habits and life-choices.

Randall: A thriller is part Crime, Part Horror, and part Action - and from the trailer, I think we get all of that as a viewer.  Crime turns on the global values of life and death.  Just from the trailer, we see a half dozen deaths and a number of threats to the family.  The fact the FBI is investigating the family solidifies the crime piece.  The horror lies in the beyond damnation of the protagonist involving his family, his children - this could be his fate worse than death.

It seems to have all the ingredients of a good thriller, but whether they will be able to deliver remains to be seen.

What Key things that make a great Thriller