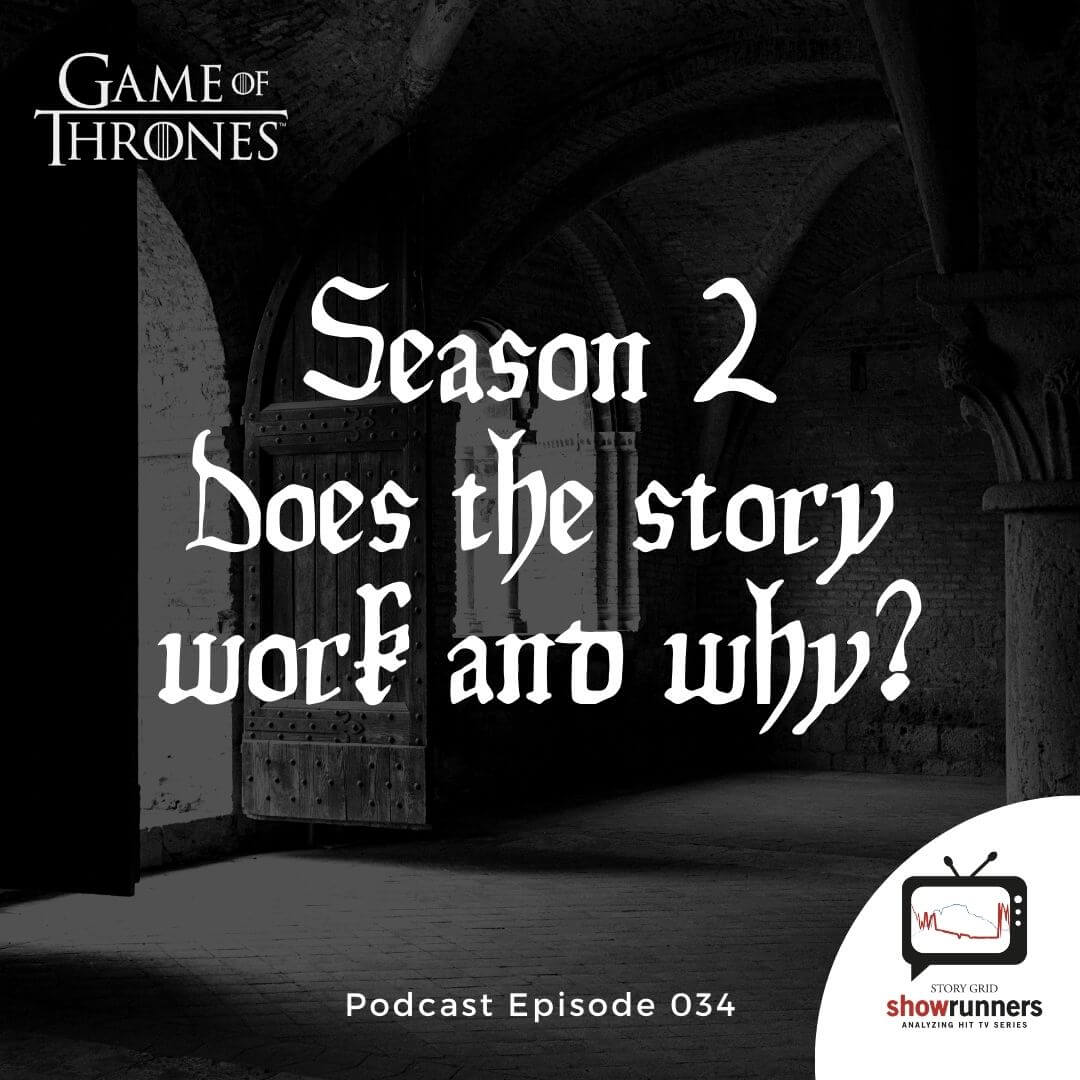 One sentence review from the editors?

Randall: The intertwining storylines are so intriguing.  Great setup.

Mel: The Game of Thrones has officially started in this season with everyone wanting to be the next king, no matter who has a right to it and who does not.

Parul: The hunger for power in Season 1 (society genre)  continues and kicks off a war.

In a multi-plotted saga like Game of Thrones, how do you work out the genre and why should you? So why we dissect it is to help us understand why we love it, and why it’s compelling. By analyzing this masterwork, we come to understand how stories are constructed and we might be inspired for our own stories.

How do we determine the genre? One method is to look at the core event of the season. What is the big showdown that happens towards the end of the series? We have the big battle scene, which is the core event for a war story. But we also have an attempted revolution - Stannis tries and fails to overcome the Lannisters. This is the Society genre. Power battles still rein within the Lannister households and amongst every house

We have a range of values that run through the season from victory to defeat.

Of course, there are other storylines going on alongside these:

What are the objects of desire?

Lannisters: To win the war and beat down the revolution and to keep Joffrey in power

Starks: Peace and revenge for the death of Ned Stark

What is the Beginning Hook, Middle Build, Ending Payoff?

Middle Build: Robb wins a decisive victory against the Lannisters at the Battle of Oxcross and angers Joffrey. Littlefinger convinces Catelyn to exchange Jamie Lannister for her daughters. Tyrion uses subterfuge to find Wildfire to use in the upcoming battle against Stannis. Daenerys takes refuge in the city of Qarth. Theon betrays the Starks and takes on Winterfell but the children manage to escape.

End Payoff: As Stannis bears down on King’s Landing, Tywin must decide whether to ride for King’s Landing or move against Robb. Tyrion leads the first attack against Stanis but it’s his father Tywin who saves the day and destroys Stannis. The Lannisters form an alliance with the Tyrells through marriage.  Daenerys fights and plunders Xaro’s treasure ready to buy ships to sail to Westeros.

What are the Obligatory scenes of the Global Genre (War/ Society)

What are the Conventions of the Global Genre

What’s the point of view?

The point of view has not changed. Similar to the book of G.R.R. Martin, we use multiple point of view characters. So instead of repeating ourselves, let’s answer a FOCUS Question:

Focus on: How to write a series? How to hook a reader/ viewer in the first episode/ chapters?

Mel: As mentioned in the last episode, I think GOT captured the viewer so well because right in the first scene, the show revealed the truth about the existence of those mysterious creatures, later called the White Walkers. We as viewers know the rumors are true and we know the ultimate danger lies beyond the Wall, but we have to witness how all the forces play their game of thrones instead without paying attention to what’s happening. So using Dramatic Irony, when the viewer knows more than the characters, was an amazing choice to hook the viewers into this series. As well as not dealing primarily with the fact to what the viewer has become witness to - just revealing it piece by piece over time.

Randall: It’s a good idea to plan the series out through the number of books - and by that I mean, plan what the big reveals are in each book, the important events and the main points of conflict, and do the setups for the big reveals.

Thanks for joining us and we’ll see you next time. 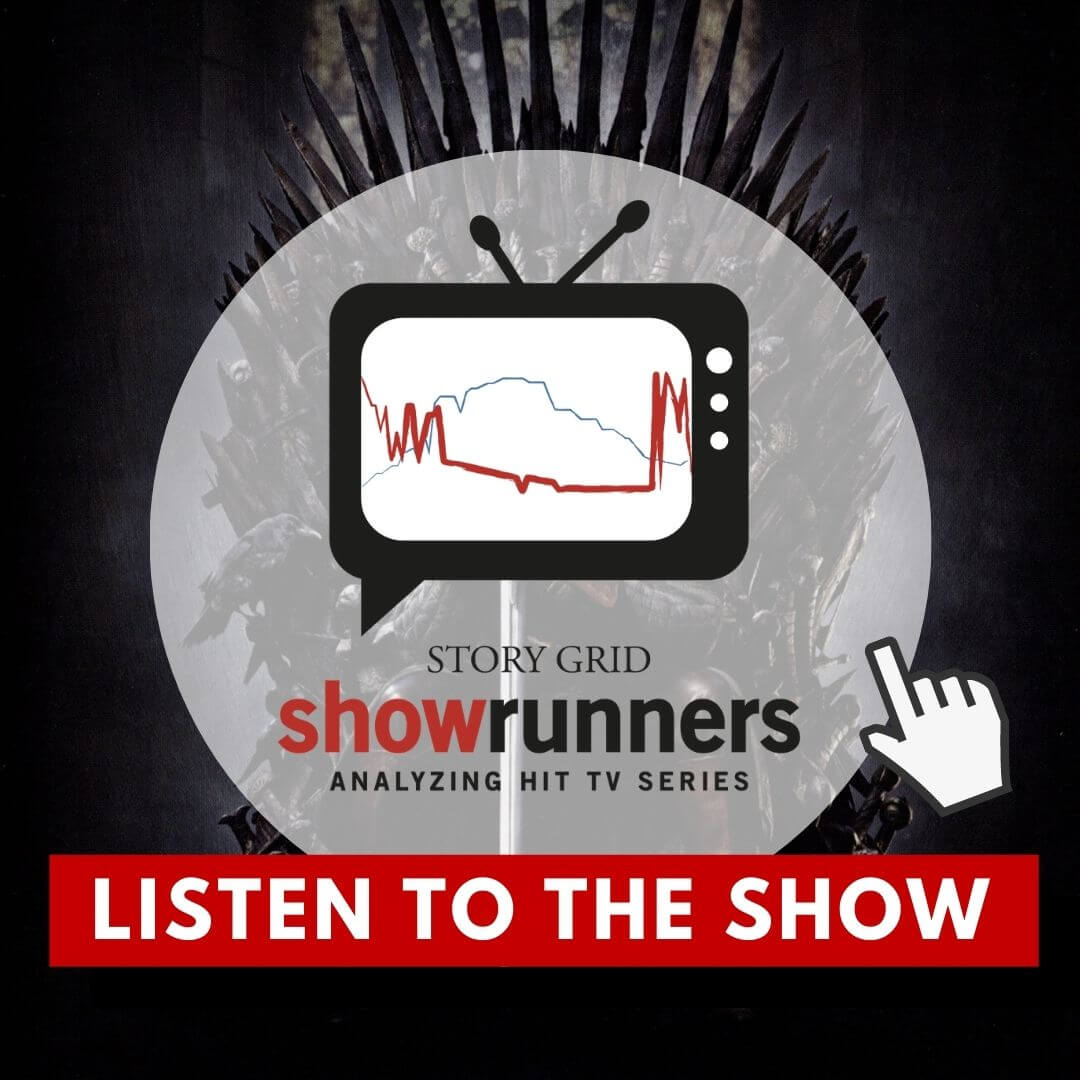 Randall: Tyrion stepping up and taking charge of the defense of the castle.

Mel: When we finally see a part of the army of the dead. Because we have spent one entire season seeing all those lords playing their game of thrones while the real threat becomes more and more imminent. And seeing the dead army was just such a great cliffhanger for the next season.